About month ago I went to cinema to see the movie “Deepwater Horizon” (2016). It was a refreshment of information I had about ecologic disaster from 2010, when most of my counterparts just waved with hand, seeing the big corporation as too big to be touched, regardless the damage they make through their activities. Deepwater Horizon, a BP’s oil rig located in Mexico bay is the second largest oil spill in human history (KPMG, 2011, p.2), but this should be put in the context, as disaster has occurred in the era of heightened focus on climate change and awareness about environmental issues (DeGroat, 2011). Public is much more aware of dangers and negative effects of oil industry (ibid) as it was in the past, and as history shows, catastrophes can be fertile ground for radical changes (Daft, 2010, p.412).

Corkindale (2010) criticized BP’s corporate culture, exposing five main weaknesses: 1) Dysfunctional organizational cultures; 2) Timing for crisis spin; 3) Leaders should collaborate, not scoring points or deflecting blame; 4) Leaders should serve their environment (companies, people, and communities); 5) Leadership is not only about position and title. Daft (2010, p.26) proposed that organizations should be able to adapt their structure to fit the conditions in their external environment, seeing the contingency theory as theoretical background. 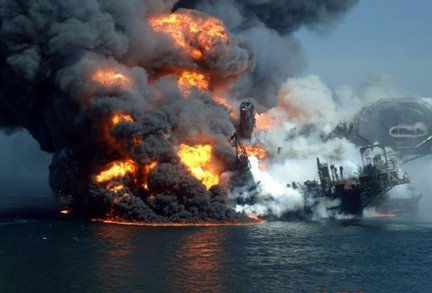 BP has a long history of ethical violations, ignoring safety measures, using high risk methods in oil drilling, and often trying to mislead the public and governments with false or irrelevant data or information (Karatay, 2013, p.12). Hoffman and Jennings (2011) discussed the dimension of catastrophe, expanding BP Oil Spill into the phenomena of Cultural Anomaly, suggesting that such event results in public beliefs of social and cultural dimension “shaped by the group, organization, industry and organizational field of which they are a part.” Two change drivers emerge from literature review (AP, 2013): 1. Comparing costs of disaster, that were estimated to be more than 42 billion dollars and annual budget of EPA (2016) which is a little over 8 billions dollars, suggest that some radical change could be established to overcome future environmental disasters and financial losses; 2. Technological development and repair costs are bigger than survival of business model. The changing organizational environment influences organization in two ways: a) the need for resources from environment; b) the need for information about environment (Daft, 2010, p.144). This can be crunched down to BP’s customers, with their acquisition potential, and raw material as primary environmental resource. Public opinion has become a major issue as BP’s supporters are in minority according to social media (Mejri and De Wolf, 2013). 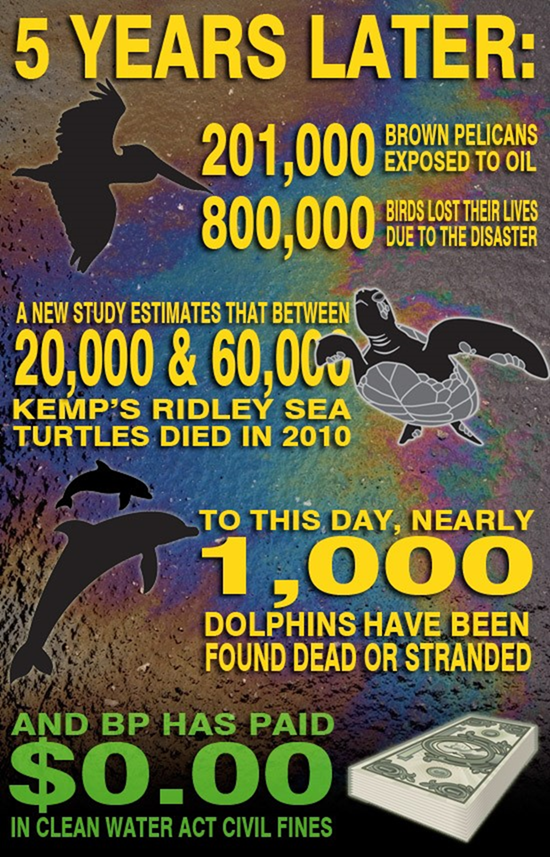 KPMG (2011) suggest that insurance premiums will become so high that would force MNC’s to be self-insured. They continue that relationships with contractors as well risk management should be changed, but all of this might be not enough as US offshore drilling regulations are also changing (KPMG, 2011). What would be the trigger for harmonization between company and its environment? As global trend is the decrease of oil consumption (Krauss, 2016; EIA, 2016) due to pollution and environmental dangers, the bold choice would be a major investment in ecological solutions, which can become a new product/service for company such as IBM case, which learned from their case a new product – change management (Applegate and Collins, 2005).

Definition of an organization

Daft (2010, p. 11) used the definition to describe organizations as follows: “organizations are (1) social entities that (2) are goal-directed, (3) are designed as deliberately structured and coordinated activity systems, and (4) are linked to the external environment.” Daft (ibid, p.60) continues that organization has their purpose, which is stated through overall goal or mission, but the purpose can be for-profit or non-profit. Most corporations now strive toward profit as ultimate goal, and this is something which can drive individuals toward unethical behavior conduct, although studies shows that those CEO’s who put stakeholders’ interests ahead of profit, workforce engagement is better and consequently, financial results are better (Washburn, 2009). Malano and Van Hofwegen (1999) cited Gerken (1995) and Daft (1995), claiming that organizations are social entities, which are designed by man with a purpose and direction and with permeable boundaries. The organizational ethics can be also described as communication of organizational values to their environments.

The problem with Modern Corporation is that they have become more efficient and powerful than the state (government) and other social entities, which allow corporations to create their own ethics, flying above the rules and legislations (Foroohar, 2012).

Appelbaum, Deguire and Lay (2005) cited Lewis (as cited in Lewis, 1985) and describes business ethics as “rules, standards, codes, or principles which provide guidelines for morally right behavior and truthfulness in specific situations”, seeing organizational climate as a part of organizational culture. The most common rationalizations of unethical behavior are listed as “everybody does it,” “it worked out for the best,” “if I don’t do it, someone else will,” “there are worse things,” biblical rationalizations such as “let he who has not sinned . . .,” and politically-charged justifications such as “if Hillary doesn’t care, why should the rest of society.” (Perri, 2015, p.354). Perri (ibid) continues that under right circumstances and conditions, unethical behavior is profitable, seeing customers and consumers as those who are paying little for the ethical behavior of an organization. For further understanding of ethical issues in the BP Deepwater Horizon oil spill, the phenomena of self-deception should be investigated more deeply to understand, why managers are willing to gamble with health and ecology of everyone, in return for some profit.

Gilman (2005, p.4) described ethics as set of codes that are broader sets of principles designed to inform specific laws or government actions. Laws are the basics of ethics, that serve as prescription what it shouldn’t be done and deals with punishment (ibid). Stohl, Stohl and Popova (2009) presented the idea of different generations of corporate ethics. It should be noted, that the third generation ethics frames corporate responsibility toward environment (Stohl, Stohl & Popova, 2009, p.607). Codes of Ethics are communication feature of corporation, but are still focused on profit and behaviors that are regulated by the law (ibid), meaning that most corporation function on the edge of morality or ethics.

Pulling out from available literature I therefore ask: are oil drilling companies just a “waste producers”? This question addresses ethical concerns of fossil oil drilling companies. Second: if corporations operate on basic level of ethics, are employees those who defines corporate behavior? De Roeck and Delobbe (2012) conducted a research of corporate social responsibility (CSR) initiatives, investigating the oil industry. In this paper, CSR context appears, as legitimization of unsustainable activities of corporations, as oil industry is one of the largest polluters on our planet. Under assumptions presented in this text, are employees who work in unethical company unethical? Tenbrunsel and Messick (2004, p.224-225) described psychological processes behind unethical decision, proposing that self-deception is the root of the problem, as individual is unable to comprehend “the moral components of ethical decision” because “psychological processes fade the ‘ethics’ from an ethical dilemma.”

The Psychology of Ethics

I would like to expand the BP case at two points: 1) the psychology of managers accounted in Deepwater Horizon, and 2) corporate social responsibility (CSR). Some of proposed psychological defense mechanisms are denial and undoing or group thinking. Another psychological factor that often occurs in unethical behavior was proposed by Tenbrunsel and Messick (2004). Self-deception means that individual is unaware of the processes accountable for our judgment and opinion formation (ibid). This phenomenon is called ethical fading (ibid). The mechanism of self-deception or triggers for it is language euphemisms, “the slippery slope” of decision making, biased perpetual causation, and the constrained representation of our self. Although we often read in literature, that profit is the main objective of corporations and its managers, Applebaum, Deguire and Lay (2005) suggests that when employees learn behaviors in their work environment through formal and informal socialization, they also learn which values are rewarded and which derives from high esteem. In this context it would be useful to understand of what priority level is the empathy as a value in corporation such as BP? Hoffman and Jennings (2011, p.100) pointed out that disaster such Deepwater Horizon is a complex set of events and is difficult to attribute the causality with one responsible. It is difficult for individual to imagine the future consequences of something he does not know much about. This could be also an issue of empathy. Barstow (2008, p.53) proposed the neurology of empathy, which is precursor to altruism and ethical behavior. As empathy is hard-wired into brain, mirror neuron systems are neural networks that exchange information with environment and helps human mind to interpret actions, intentions, the social meaning of behavior of their environment, etc. (ibid).

It remains unanswered the question, how successful BP’s efforts were in their CSR campaign and how they managed their public image. Hsies (2015, p.434) proposed Donaldson’s idea of social contract that addresses responsibilities of for-profit organizations, and justification of their existence. Why is important to start from this assumptions before move on CSR issues? Donaldson stressed out that is imperative to understand, that corporations are not to be considered only as a wealth producer, but they should be viewed and understood in full range of its effects upon society (ibid). Daft (2010) sees organization as open social system, while Stohl, Stohl and Popova (2009) proposed the third generation of corporate ethics that are “grounded in responsibilities to the larger interconnected environment.” In this context, CSR should be the mediator between corporation and its environment, but we often read (De Roeck&Delobbe, 2012; Kirat, 2015) that CSR activities are usually used to legitimize the behavior of corporation, and us such does not serve to its purpose.

DeGroat, B. (2011, January 18). Have we changed our ways after the BP oil spill? Not really | University of Michigan News. Retrieved December 04, 2016, from http://ns.umich.edu/new/releases/8200-have-we-changed-our-ways-after-the-bp-oil-spill-not-really